The nasolabial fold develops as you get ‘less young’ from the descent of facial fat pads from the pull of gravity. (Everything heads south!). The descending fat pads result in a folding around a ligament that runs from the nose to the mouth. The first dermal fillers were for nasolabial folds and lips. However, as more fillers capable of treating other areas of the face became available, the treatment approach shifted to using cheek filler for nasolabial folds.  How does this work? Replacing volume higher up in the face creates a lifting, lessening the appearance of the folds. PDO thread is a novel treatment approach that relies on placing tiny threads under the nasolabial fold to encourage collagen growth in the skin.

PDO threads are rapidly gaining a centre place for non-surgical treatments. As a novel treatment approach, rely on placing tiny threads under the skin (multiple threads required, and there will be bruising). Rather than a stand-alone treatment, PDO threads for the nasolabial folds are combined with thread placement across the lower face.  Depending on where they are placed in the skin, they have a tightening and plumping effect.  PDO threads can be used in combination with cheek fillers for nasolabial fold treatment as well. 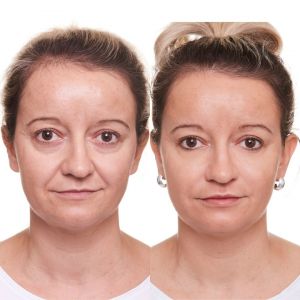 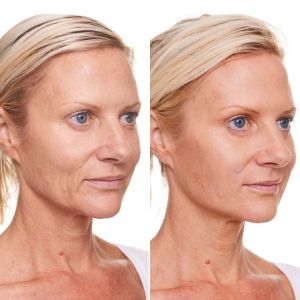 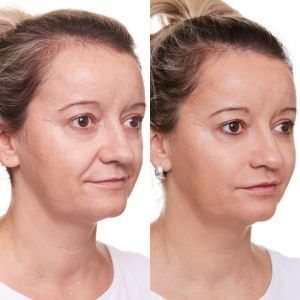 Pearl Medispa (formerly SkinRevision est. 2016)  was developed as we integrated gut health and wellness into our cosmetic medicine menu. We still offer cosmetic medicine treatments with our Doctors and therapists. In addition to our non-surgical face and body treatments, we offer gut healing protocols, nutrition and naturopathy services.

Pearl is an ancient Chinese beauty adaptogen, Pearl is also a classic symbol of natural beauty and wisdom. Pearl is perfect for integration of holistic services with traditional cosmetic medicine.

Pearl is a sustainable salon.